Queensland Urban Utilities embarked on a major restoration and rehabilitation project of the Laidley Creek which in located in the Lockyer Valley, Queensland.

Laidley Creek was in a highly degraded state which has been exacerbated by the 2011 and 2013 floods in the Lockyer Valley. A range of erosion became present and the risk of future large scale erosion in the target area was significant. The proposed restoration was commenced in order to bring significant public good benefits in terms of improved water quality in the Brisbane River and Moreton Bay, improved water quality at the Mt Cosby Water Treatment Plant and enhanced biodiversity values in Laidley Creek. The proposed works were supported by local landowners, the State Government and the Lockyer Valley Regional Council; and complemented river restoration investments from other organisations.

As a result, QUU was able to implement the restoration of sections of the river. To showcase their work and the stages of rehabilitation involved, we worked together with QUU to develop an augmented reality application. This application uses a printed canvas which triggers an augmented 3d map of the region. Users are able to select multiple sites, which QUU have redeveloped, to then select from the different stages of the development to see what was involved. The augmented terrain landscape was based off of LiDAR data provided by QUU and the Queensland Department of Natural Resources, Mines and Energy. 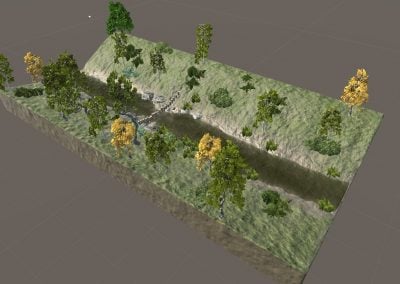 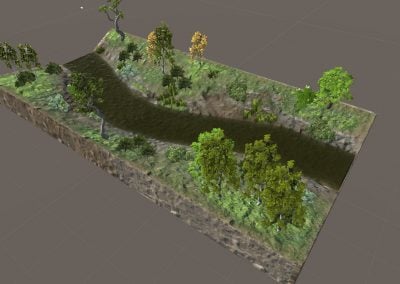 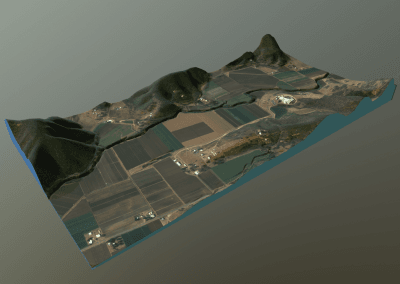