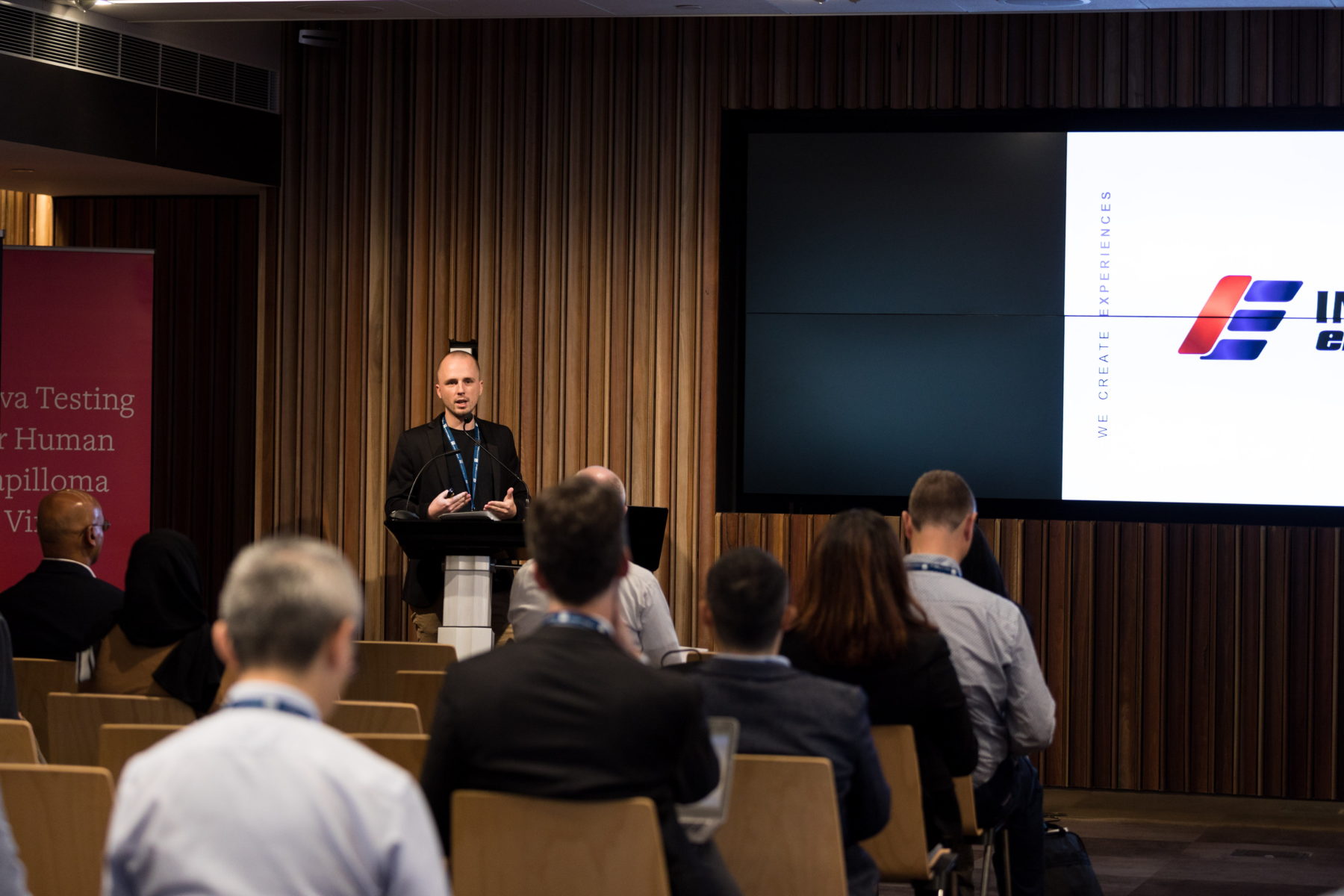 Imagine being able to detect allergies, certain types of cancers or even Alzheimer’s long before the body starts showing symptoms? Through breakthrough medical research this is becoming a reality all through the testing of saliva using swabs. It may not be obvious, but our saliva can reveal a lot about our physical health and discussing the potentials of saliva research was one of the outcomes of the 2018 Saliva Technology Application Research Symposium.

Held at Queensland University of Technology, Gardens Point over the 5th and 6th of July, the event attracted a wealth of keynote speakers from Australia and around the world. Most would be unaware just how powerful and instrumental saliva research is in detecting illnesses in the premalignant stages. What this means is that individuals could be tested to determine whether they could be at risk in the future, furthering the implementation of better screening practices.

The event, held over two days, featured speakers who are at the forefront of saliva research as well as a number of presentations from medical and research organisations throughout Australia. Each day was broken down into four sessions filled with presentations, workshops, keynotes speeches as well as tech spotlights. During the tech spotlight, the presenters would highlight how certain technologies will compliment research and further the development of saliva medical testing.

Lex Van Cooten of Immerse Enterprise had the opportunity to speak as part of the tech spotlight, bringing awareness to virtual reality as a medium that could be used in this space. Virtual reality can be used to create environments either from scratch, based off the designers imagination or photographs of real world locations to provide experiences for users as though they were actually in those environments.

In the real world, test subjects will react to environments that might create anxiety or a sense of calm. These reactions can be measured and assessed by taking a sample of their saliva. The challenges that this can be present is that many environments are highly variable, certain elements may be present in one test while in another they can be varied or non existent. This then makes it difficult to recreate test conditions to reach a significant conclusion.

Research has shown that it is possible to stimulate the brain to react to certain situations in virtual reality, whether these situations are stressful or relaxing. What this can then do is prompt a response in the body that can be assessed and recorded much in the same way as a test in a physical environment.

Lex highlighted some examples of how simulated environments have already been used to research the impact on the body of police officers in high stress situations. In the example, a police officer was faced with a digital avatar who produced a firearm and discharged the weapon in front of the user. The brain then responded in a similar way as it would have in a real life scenario.

Another example was on the subject of reducing stress for patients who were heading into surgery through the use of virtual reality. In the study, patients were presented with natural scenery as a means of reducing anxiety levels prior to operations. The ideas explored in this study were to determine whether VR had potential in therapy in the same way that meditation or hypnosis would. The results were quite intriguing with reduced anxiety and cortisol found in saliva.

Lex suggested that the potential for VR in therapy could be studied by placing patients in an environment that was highly stressful, producing greater amounts of salivary cortisol before then changing the virtual reality program to one which is designed to soothe and reduce anxiety, testing cortisol levels in saliva once again. The research potential doesn’t end there as there is a number of other methods for measuring the results of this type of study such as EEG outputs and heart rate measurements as well as other biofeedback measurements.

The conference was an exciting insight into the potential saliva has for further researching into stress and anxiety as we further our knowledge in the realm of mental health. As we grow more aware of the applications saliva research has on diagnosis, we can explore how technology and in particular virtual reality has on obtaining reliable results in dedicated studies. 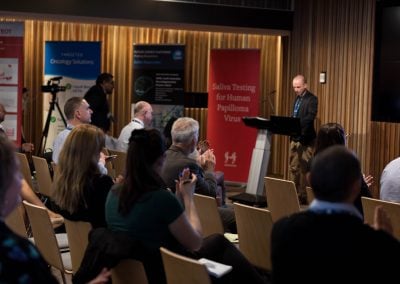 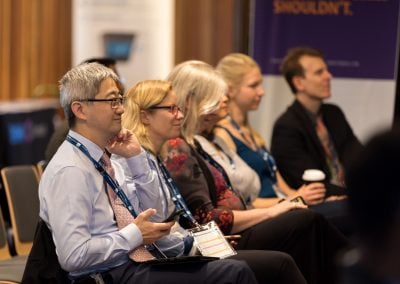 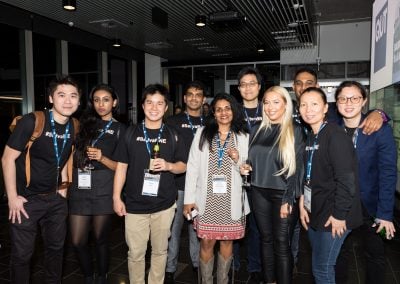 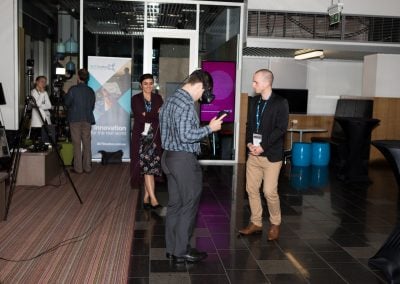 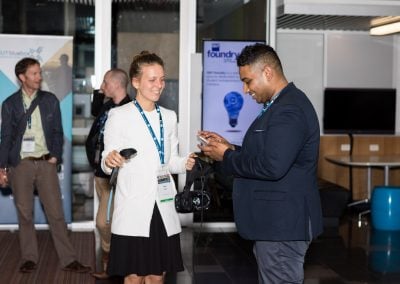 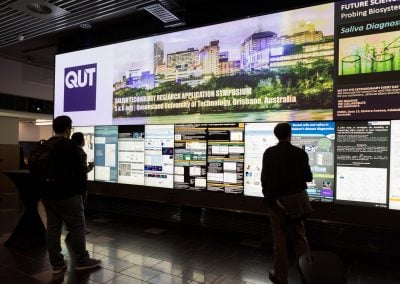 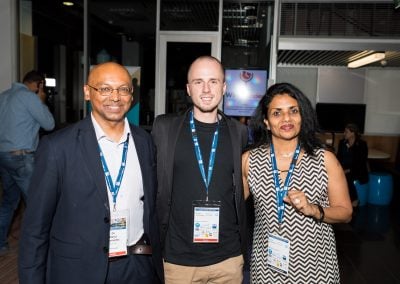 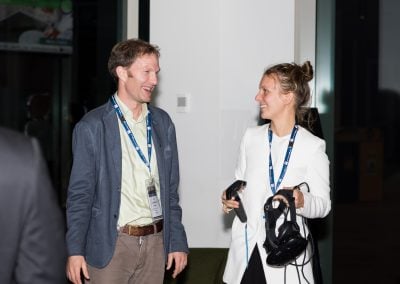 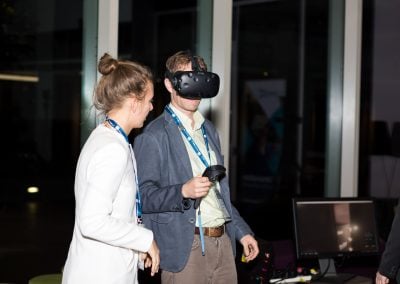 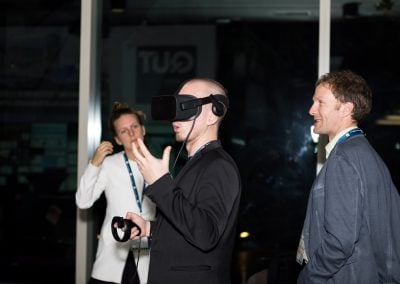 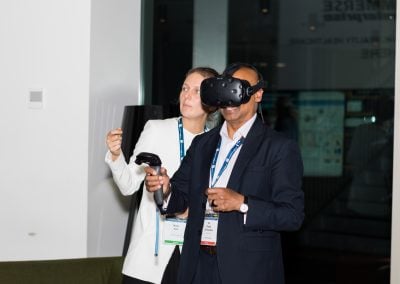 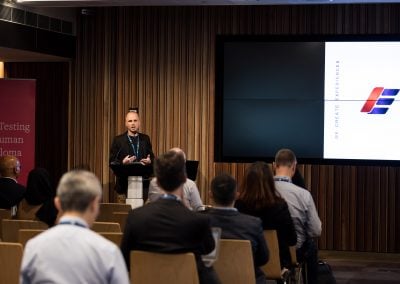