VR is assisting those with disabilities through developing workplace skills in safety and comfort. - Immerse Enterprise

VR is assisting those with disabilities through developing workplace skills in safety and comfort. 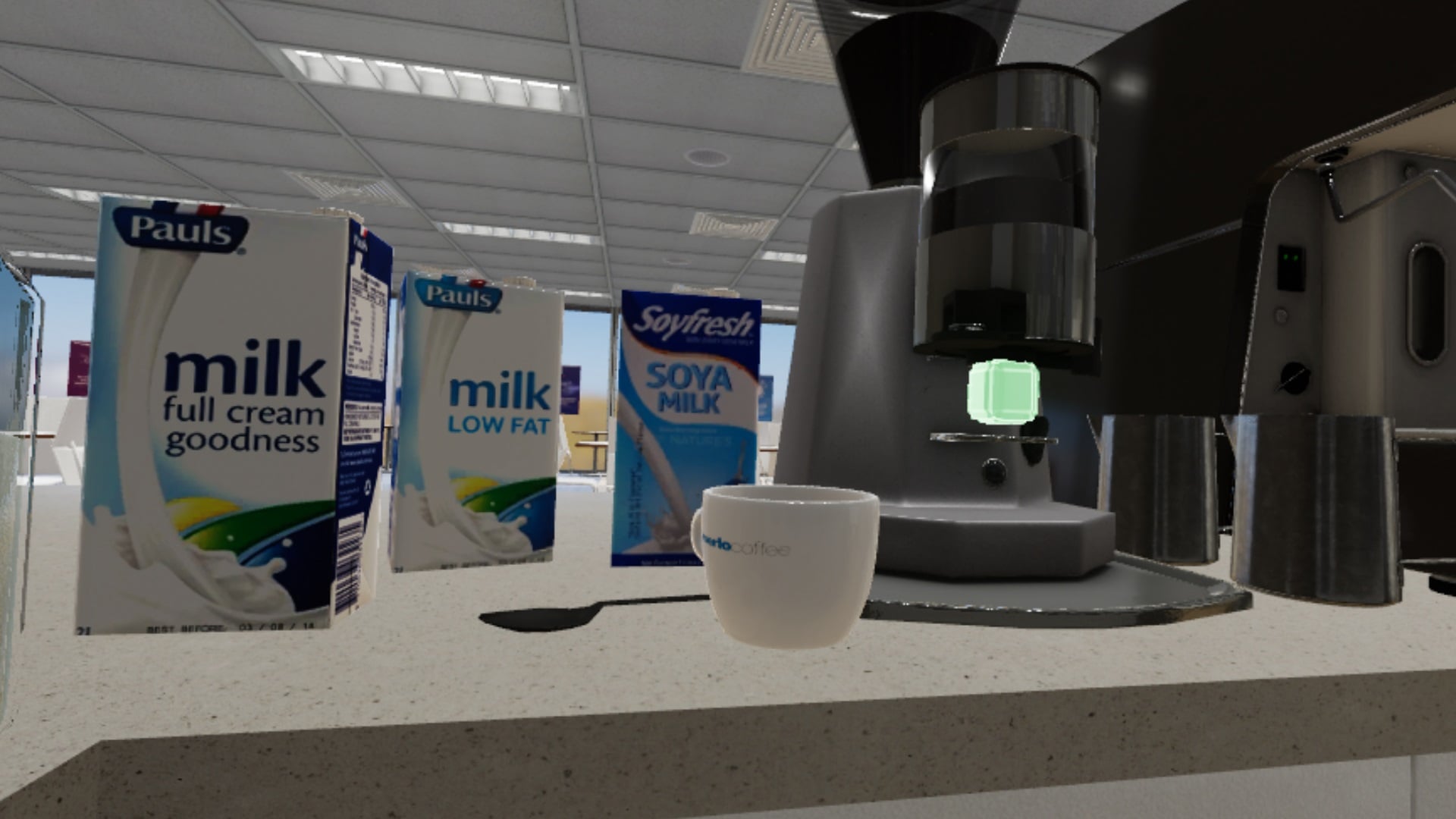 For any parent of a child with a disability, safety and security becomes a major point of focus. As the child develops into adulthood, these fears can feel justified. Their desire to be more independent and self sufficient often means having to navigate situations that are challenging and in some cases can put them in harm’s way.

Take for example a task that many of us take for granted, making our way to the railway station to catch a train or even something as simple as taking cash out of an ATM. While many of us can do these activities almost on autopilot, for young people with disabilities, it takes a little more practice to get comfortable and feel confident.

It’s not just a matter of exposing people with special needs to these environments. Even if we were to do this, it doesn’t make it any less overwhelming. For example, boarding a train can sometimes mean crowds of people or having to queue in a line to add funds to a transport card. In peak hour these simple tasks can become overwhelming challenging. Being in these environments with so many other people around can be overwhelming and intimidating. There needs to be an environment where this is all possible and lifelike to give people the support they need to go at their own pace and better understand how the process works before jumping into the real thing. This is where virtual reality really shines.

Creating a sense of safety through a virtual world.

Endeavour Foundation has discovered first hand the effectiveness of virtual reality technology in both training and education when it comes to those with special needs. Prioritising the safety, security and wellbeing of people with disabilities, Endeavour partnered with Immerse Enterprise to create several experiences dedicated to providing real world skills through a virtual environment.

Using the train boarding example, the experience has had a massive effect on several of Endeavour’s customers lives with one man stating that he had never caught a train prior to using the simulation. Following his VR experience, with what you would expect from boarding a train, the man was able to take what he learned from the virtual simulation to the real world, taking the train for the first time in his life.

In the experience, everything involved in catching a train is detailed from tapping on a go card to reaching platform and viewing the timetables before boarding the train itself. For another user, the experience was utilised in a different way. Being vision impaired, it was very difficult for the customer to view the timetables at the station and have a full understanding of how the station appears in reality. Through the VR experience, the train station was modelled to look like it’s real world counterpart, giving the customer full insight through immersion of how that station would appear. Even the trains are designed to appear identical to Queensland Rail trains to provide a closely matched simulation of the real thing. 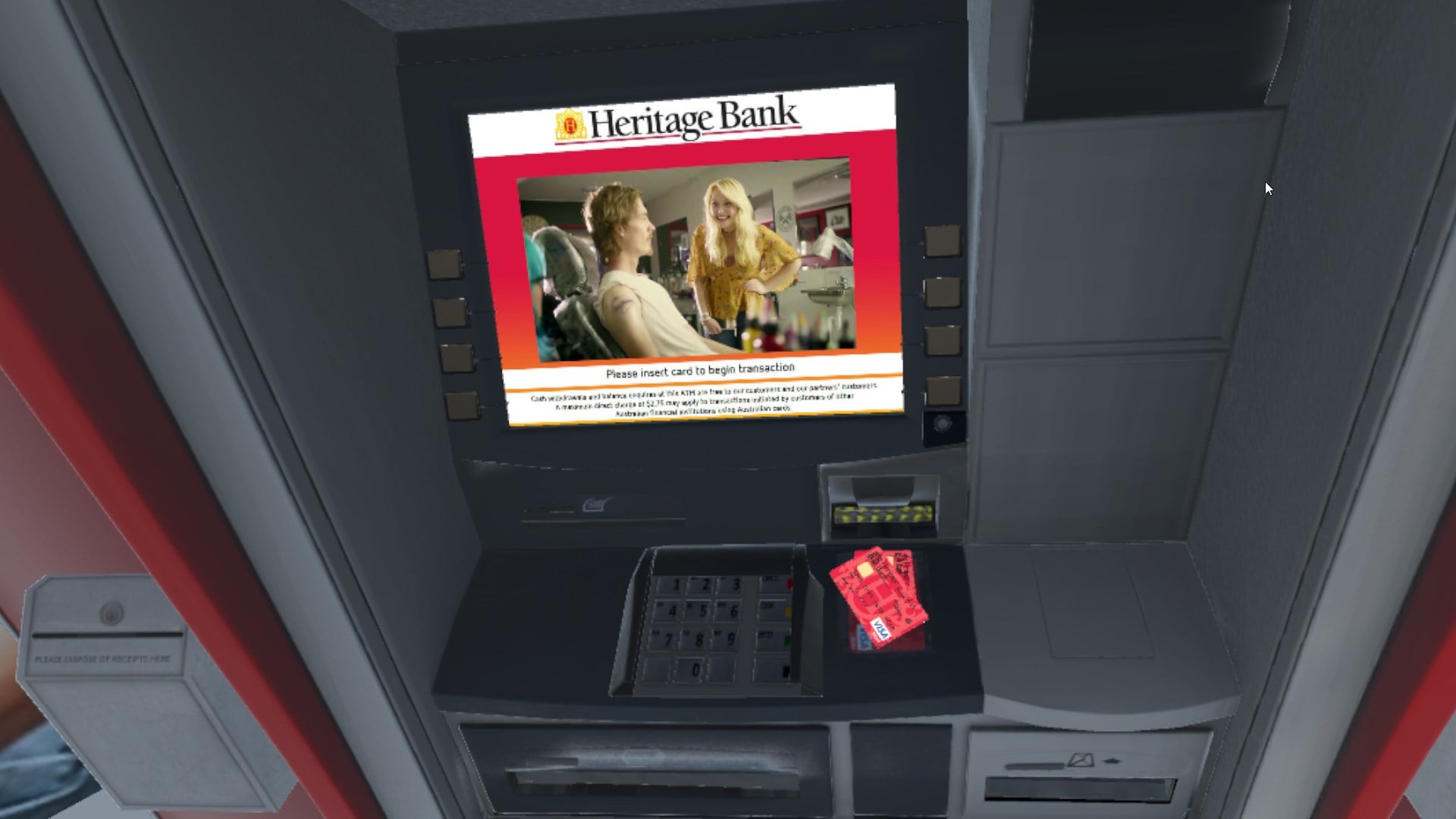 In the physical world, an experience such as using an ATM to withdraw cash can be one of the most daunting tasks for someone who is living with a disability. Having to interact with the machine combined with the risk of losing withdrawn money can be enough to put off someone who has never used an ATM before.

Being able to perform this task in a virtual environment gives users a greater sense of confidence and achievement which can then be translated to a real world environment. It also has the advantage of offering a greater sense of self reliance for a person with disabilities as they have access to their own funds and their banking network.

Shaping real life skills in a safe and secure environment.

While there are extensive applications for safety and training for real world situations, there is also another element that Endeavour foundation are exploring for their customers. Workplace skills are essential for people living with disabilities who desire greater independence however training can be a challenge for both the employer and trainee. Through another experience created by Immerse on behalf of  Endeavour, users are placed in the role of a barista preparing coffees for virtual customers. 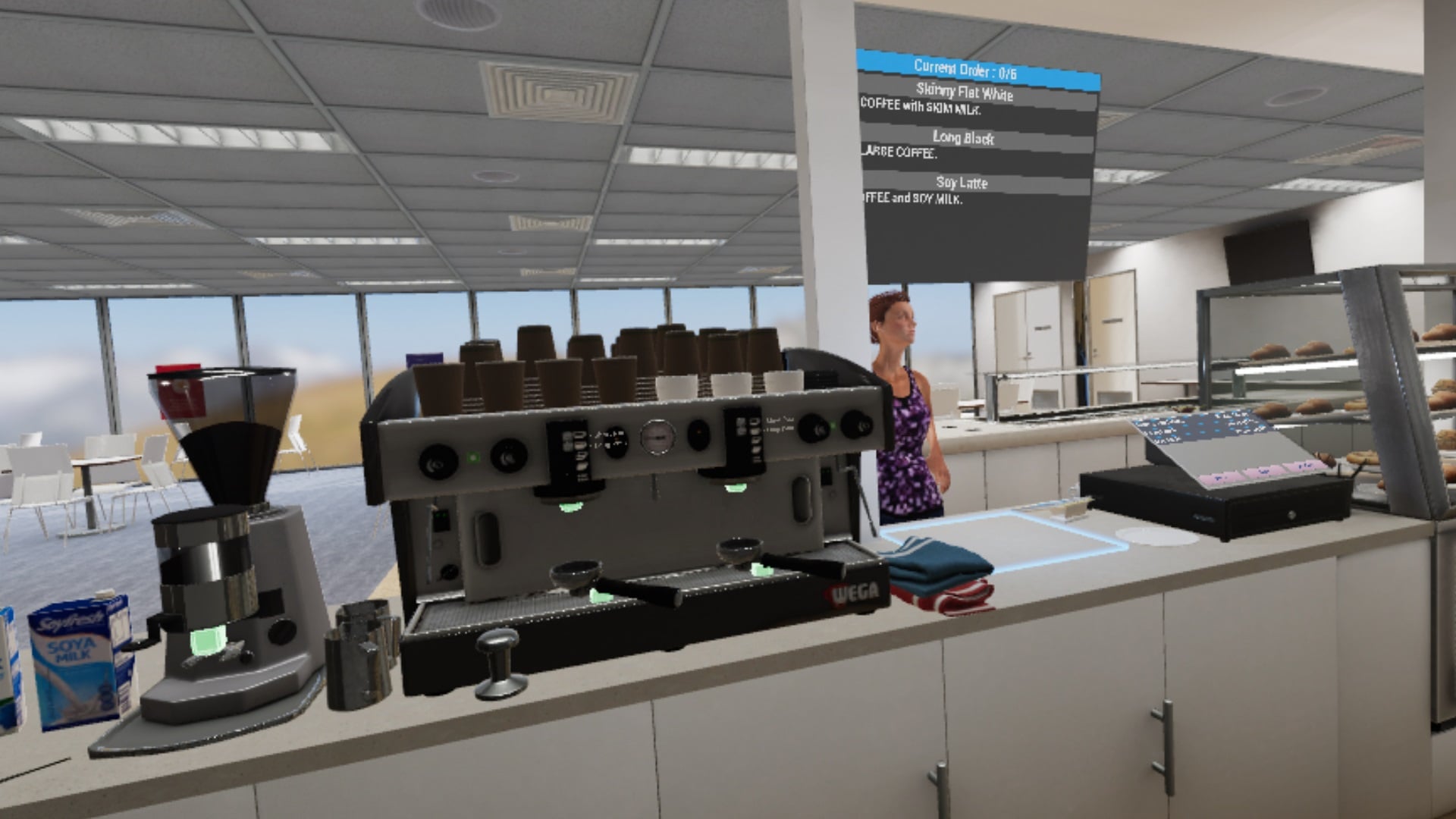 It is through this experience that users are able to  develop their workplace skills and interact with a simulated environment before being placed in a real life situation. This aids a variety of people who live with disabilities to better understand the workplace and have a firmer grasp on employment ready skills which would be otherwise challenging to gain either through regular training or in another form of simulated environment. The cafe was modelled at a 1:1 ratio after a physical cafe located at one of Endeavour Foundation’s offices.

They are provided with orders from virtual customers which then then must fulfil by making a variety of coffees as well as both hot and cold food. They also learn cash handling skills as they provide the correct change to their customers. The virtual training simulation has been used across several Endeavour sites for use by their customers to give them the confidence in that they may apply for work in a cafe environment. 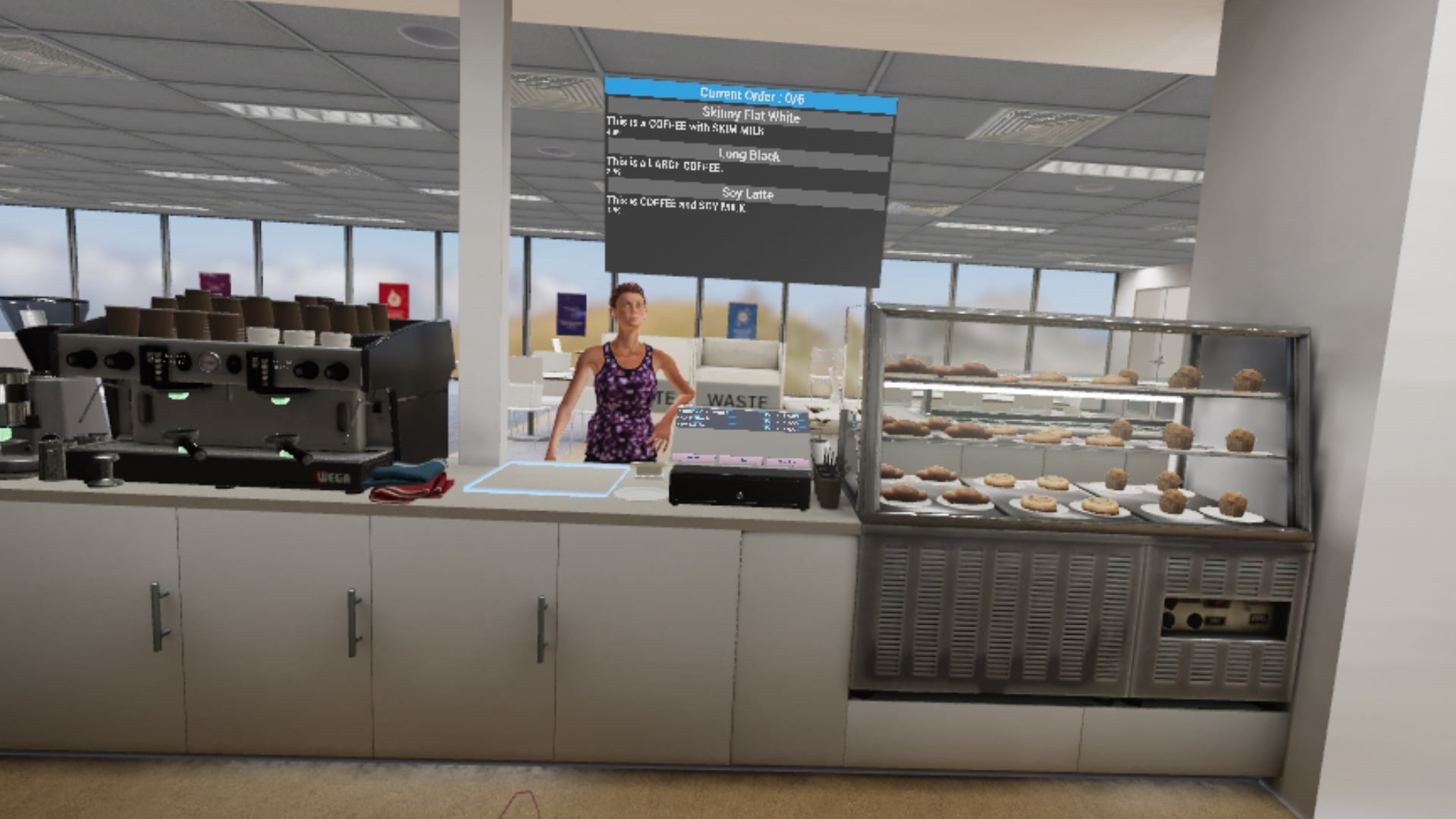 While it still is very much early days for virtual reality and its applications in the realm of health, safety and workplace skills, there have been several innovative experiences which have already shown to have a profound effect on those who are living with mental and physical disabilities. It is through technologies offered by Immerse Enterprise as well as brilliant partnerships, such as that with Endeavour Foundation, that we are able to create experiences which benefit the lives on our societies most vulnerable.

What may have held many back from striving for greater independence, confidence and self reliance, is now being overshadowed by advancements in VR technology and the many applications that it has to offer. We have no doubt that this is only the beginning and that training programs will become more advanced and beneficial as we find an increasing number of applications in the real world.